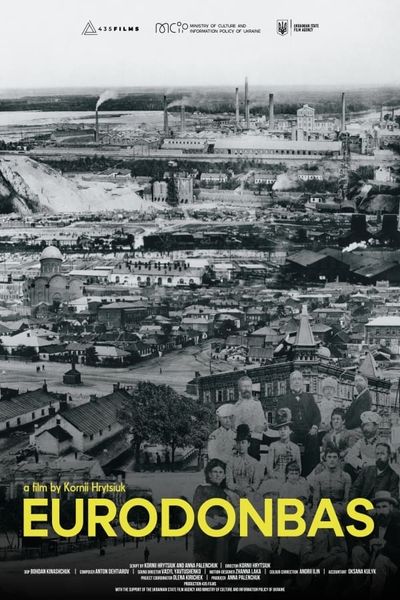 Throughout time, Eastern Ukraine (such as Donbas) has been referred to as a 'Russian world', but this is indeed not the case. The history of Donbas was re-written during the Soviet era. Although the Soviet Union edited out and withheld all references to the European background of this region from history books in schools and universities. There were, in fact, numerous French, Belgian, German, British, Polish, Swiss, Dutch, and even American settlements and more than 100 wide-scale enterprises in the region. Therefore, this film reveals the pro-European industrialization of Ukrainian Donbas at the turn of the 19th century. It aims to emphasize the European roots of Ukraine long before the official integration process of Ukraine into the EU in 2022.

Showtimes in English at Cinemas in Kyiv (Kiev)

The movie 'Eurodonbas' is shown in English if it is a movie in English originally - or with English subtitles, if it is NOT a movie with original audio in English.

By law, movies at cinemas in Ukraine cannot be shown without Ukranian subtitles, so if you are looking for movies without subtitles - know that you will not find them.

'Eurodonbas' is currently scheduled to play in English 1 times at 1 different cinemas in Kyiv (Kiev).